Fight for glory in this fantastic war game

My pocket army is a strategy war game where you raise your army and fight against your enemies.

In single player mode conquer the enemy’s fort and make your troops stronger as you progress.

In multiplayer mode compete with other players around the world and try to reach to the top ten players so everybody can see that you have made the most powerful army.

– upgrade your units as many times as you want!

– unlimited multiplayer game with gem rewards for every victory! 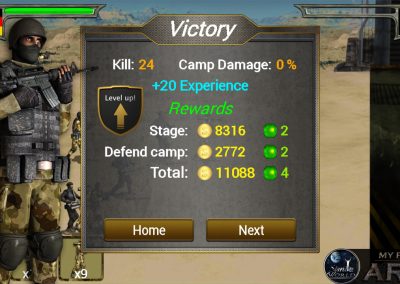 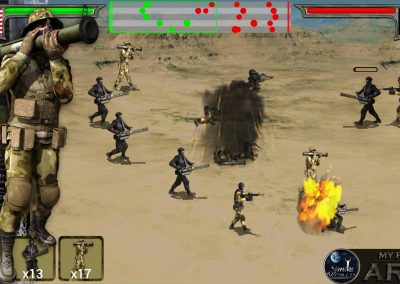 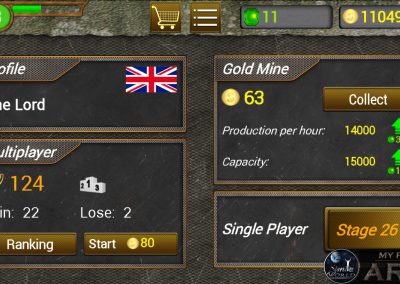 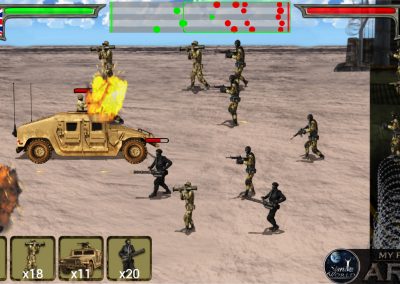 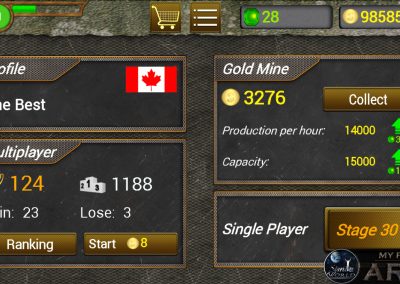 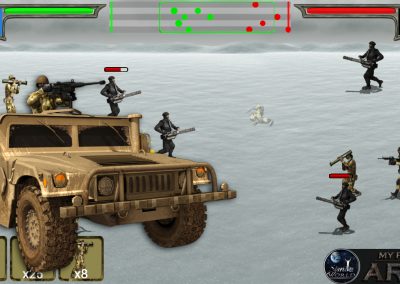 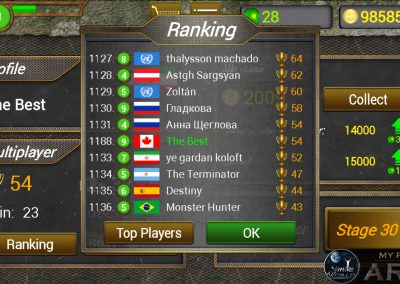 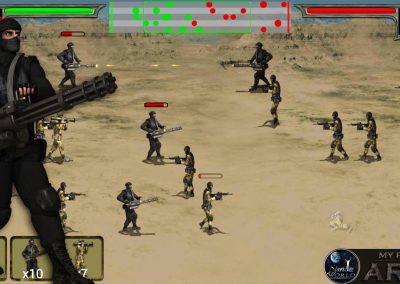